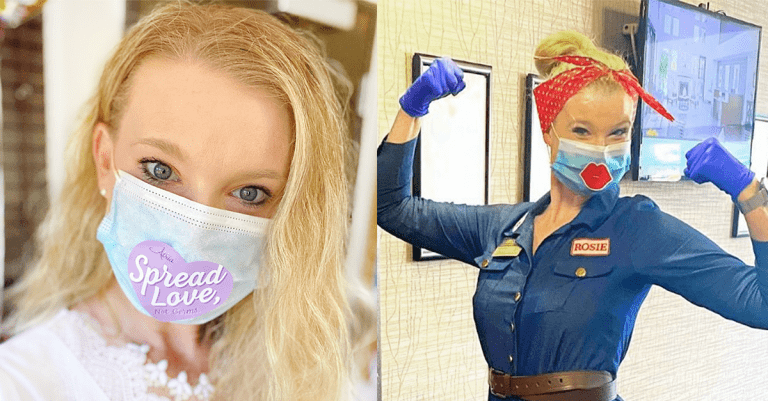 I Can’t Imagine Working Anywhere Else

Marissa Jacobson-Ojinaga, the Engage Life Director at Atria Rancho Peñasquitos in San Diego, California, has loved learning from the world’s wisest people ever since she was in elementary school. She regularly volunteered with her classmates at a senior living community across the street – playing cards with the residents, listening to their stories and reading with them. “That experience just spoke to my heart,” Marissa said, “in part because I had such a close bond with my grandparents.”

Because her parents traveled so much for work, Marissa’s grandparents were quite involved in her upbringing. They dropped her off and picked her up from school and taught her everything from how to play golf to smaller lessons like folding socks instead of balling them up, which she still carries with her today. “Losing them was hard, but I’m so thankful for the example they set in my life,” Marissa said.

After graduating high school, Marissa went to work for a bank. The pay was good. The hours were flexible. She settled into the routine, the benefits, the weekends off – but she never felt fulfilled in her professional life. After Marissa met her husband, who owned an IT consulting firm, they moved around to Washington and Arizona. She worked in corporate banking and the home construction sector, but she often thought back to her grandparents and her time volunteering with residents in the senior living community.

“I always loved learning from our aging population, and because of the bond I had with them, I wanted a career where I could give back,” Marissa said. “I wanted to do something with purpose.”

Throughout their marriage, Marissa’s husband traveled every week to meet with clients around the country, taking a red-eye flight on Sundays and coming home on Thursdays. The demands of that schedule sometimes felt onerous to the couple, so in 2018, when one of his clients offered Marissa’s husband a more settled role in San Diego, he accepted – relocating, in large part, because of the sense of stability the move gave to their lives.

Once in California, Marissa applied for a few positions that dovetailed with her prior experience in banking and home construction, but she ultimately decided to wade into senior living, to see if she did have the emotional capacity for it – a field she respected so much she was hesitant to work in it. Within a few weeks, a role as an Engage Life Director – a specialist who develops a calendar filled with daily opportunities for residents to engage, connect, and create – opened up. Marissa applied and was hired.

Almost at once, she felt comfortable at the community. “I know the staff’s children’s names. They become part of your family,” Marissa said. “I have some of the residents’ families tell me that their son is getting out of the Marines and they show me a picture. You become part of their lives. They allow you to share moments with them – it means so much. I’m more thankful for this job than any job I’ve ever had before.”

After two years at Atria Rancho Peñasquitos, Marissa continues to learn from and engage with residents every day. Prior to the COVID-19 pandemic, she hosted teatime socials, arranged games, organized outings to go shopping and visit nail salons, and led group events like “Passport Around the World,” where residents learned about different cultures and sampled a medley of cuisine that paired with each lesson. She also loved hosting the “Marissa Mimosa Show” – a mock talk show format where she passed out mimosas and acted like she was Ellen DeGeneres, interviewing staff and residents. “What can I say? I’m kooky and crazy.”

Today, with safety restrictions in place, Marissa still has fun keeping the community lively, and she moves about her day knowing that she has finally found her calling at Atria. “I love coming into the building every morning,” she said. “The second you walk through the front door, it’s a welcoming environment. Everybody here is approachable. They’re friendly. Building relationships with the residents is one of the greatest honors of my life.”

Just as the smaller parcels of wisdom her grandparents shared – the admonition to fold her socks, not ball them up – linger in her mind, the advice on living well every day that residents give her resonate the most with Marissa. One resident told her recently, “Don’t get so caught up in the immediate. In the end, what matters is whether you and the ones you love are healthy and safe.”

The way residents have imparted insights upon her has centered Marissa. They remind her so much of her grandparents that she feels at ease to joke around with them, and she’s always looking for ways to make them laugh.

One resident loves watching Ronda Rousey fights, so Marissa snuck a life-size cutout of Rousey into his apartment and topped it with a bow.

“I had never seen him laugh so hard. It was super rewarding, because you feel a sense of loyalty to everyone here,” Marissa said. “I don’t think I could have been where I’m at or felt mentally more myself or emotionally more myself if it wasn’t for Atria. I can’t imagine working anywhere else.”